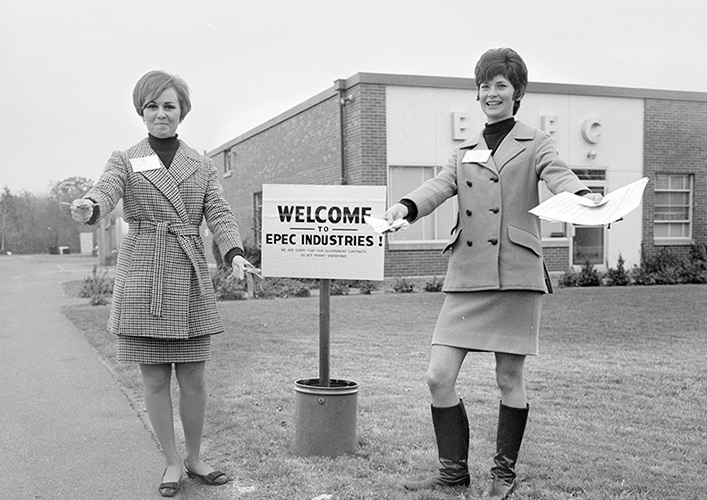 Sparked by strikes and devastated by the Great Depression, the textile economy in New Bedford began to decline in the mid-1920s resulting in significant job loss. After the second World War the city was not immune to the national advance of the automobile that encouraged the flight to the suburbs that left many American industrial cities such as New Bedford with high unemployment. 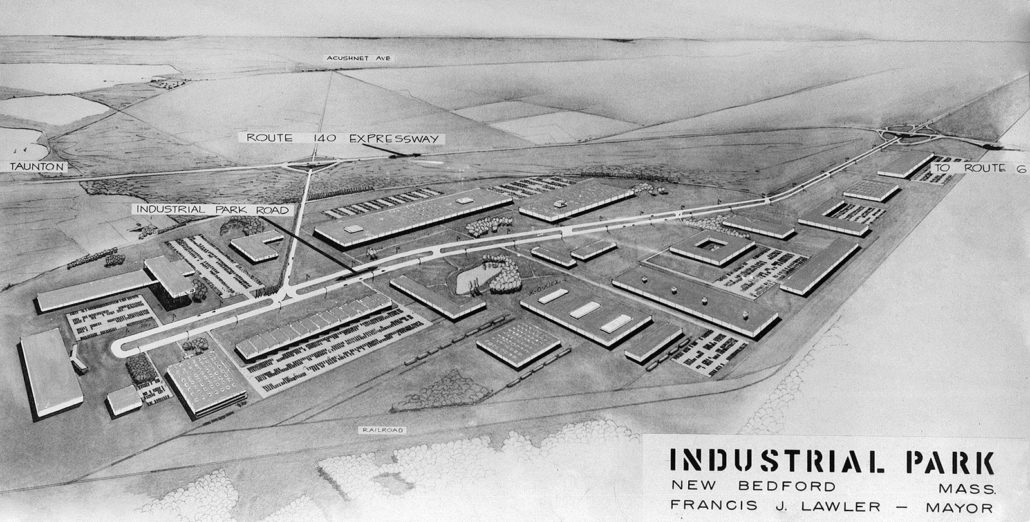 In 1954 a group of area service clubs and businessmen organized the Greater New Bedford Industrial Foundation determined to reverse these trends and return New Bedford to a position of strength in the regional economy. After successfully canvassing the area for funds they set up a fifteen-man committee to select an appropriate site for a new industrial park. They found their site in the far North-end of the City and the 550-acre park was officially opened in September 1961 with four plants completed and fifth under construction.

Much of the city’s economic growth has happened in the park since the 1960s and today the New Bedford Business Park covers 1,300 acres and has 39 companies employing a total of 3,500 people. All manors of goods are manufactured in the park, from the world’s #1 golf ball, to medical devices, and textile products. The park continues to be one of New Bedford’s greatest economic development assets.